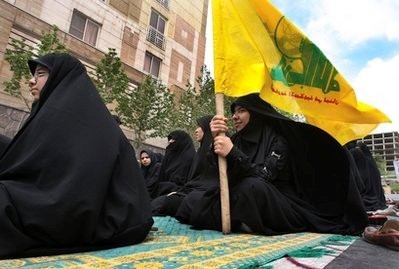 “Specifically, OFAC designated Atlas Holding for being owned or controlled by the Martyrs Foundation, as well as senior Atlas official Kassem Mohamad Ali Bazzi, and ten Atlas-affiliated companies. Jawad Nur-al-Din and Sheikh Yusuf Aasi were also designated, pursuant to Executive Order (E.O.) 13224, as amended, for being leaders or officials of the Lebanon-based Martyrs Foundation, which was designated for supporting terrorism in July 2007. Mirath S.A.L., which is owned or controlled by Jawad Nur-al-Din, was also designated today,” the Treasury said in a statement.

“Hizbullah profits from the sale of goods vital to the Lebanese peoples’ health and economy, such as pharmaceuticals and gasoline,” said Treasury Secretary Steven T. Mnuchin. “The Trump Administration stands with the Lebanese people, and we are committed to exposing and holding accountable Hizbullah’s terror-funding business schemes,” he added.

Charging that Hizbullah put the Lebanese banking sector at risk through “its deep coordination with Jammal Trust Bank, which was designated as an SDGT in August 2019,” the Treasury said Atlas Holding along with several of its subsidiaries banked freely at Jammal Trust Bank despite their “open affiliation with previously designated Hizbullah entities.”

“In fact, Jammal Trust Bank facilitated hundreds of millions of dollars in transactions through the Lebanese financial system on behalf of Atlas Holding and its subsidiaries, and aided Hizbullah officials in evading scrutiny on these accounts from Lebanese banking authorities,” the U.S. Treasury added.

hezbollah doesn't care... didn't they say they will boycott the USA? so no problem then i guess!

"Another sign of the fall of the American empire."
really? the US economy seems to be doing pretty good... unlike the lebanese one which hezbollah failed to support prefering spending their money on weapons and abroad rather than helping the lebanese economy....

sure every empire is doomed to fall one day, the Roman empire did , the Ottoman empire did, the Russian empire did, but how long have they lasted? for now the US are still strong so they are not ready to fall yet and not in a near future either...

The United States of America should immediately blacklist blablablablablabla's Luv Tunnel Foundation as it is a major source for funding terrorism. blablablablablabla is a shia fundamentalist with a deep and wide luv tunnel who entices virile young men to penetrate his luv tunnel and deposit their lubricants inside it. Proceeds from this penetration are then channeled to various bogus organizations and ultimately end up in hizbollah's accounts.

I warned him he was on a slippery slope. I remember the exact words I told him that day “try not to Qom”. Alas.... Béa’s man is a stubborn POS... I often ask myself if he doesn’t have Turkish roots as well.

Dudes.. and ladies and gentlemen.. behold!.. The coronavirus in it's natural state... Humm.. I wounder if.. Zein Al-Atat.. got an ointment or a balm to cure this..

terrorists are terrorist, and it doesn't matter what label you call them. They could be kizb, isis, zionists or pastafarians. You just don't get that.

the main difference is that mandela and the ANC fought in south africa, they did not wage wars on other countries...they truly were fighting for their country and not mercenaries fighting on behalf of another! is there apartheid in lebanon? no.

hezbollah fought israel when they were occupying lebanon which was a good thing but now if they were truly fighting for lebanon they would integrate the army and respect the disassociation policy of the lebanese gvt and not go and fight in syria killing civilians nor get involved in wars that are not theirs but solely religious wars... as for palestine, the palestinians can take care of their country...

BigJohn, today Hizbala, the international terrorist organization is threatening the Lebanese with biological weapons.... the Corona Virus.
The entire nation is begging the Hizbala controlled government to block flights from and to Iran but they don’t care!

Terrorism is in their bloody DNA