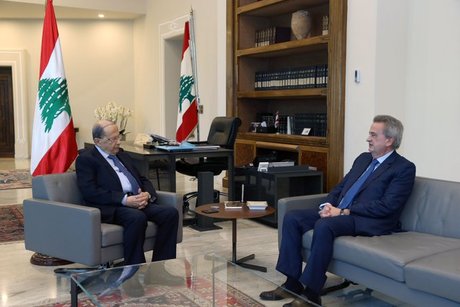 The meeting comes as Lebanon grapples with means to address its spiraling economic crisis, a debt burden among the largest in the world and a liquidity crunch that made banks impose tough restrictions on dollar withdrawals.

Economists, investors and government officials are divided over what to do with the March bond payment.

Prime Minister Hassan Diab met last this week with a delegation from the International Monetary Fund to discuss how to tackle the country's spiraling economic crisis.