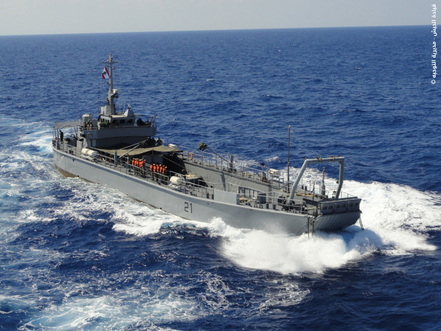 France has reportedly “gifted” the Lebanese Armed Forces with four “sophisticated” warships that will join the fleet of the Lebanese Navy, al-Joumhouria daily reported on Tuesday.

Unnamed diplomatic sources told the daily that the French Ambassador to Lebanon Bruno Foucher has “personally supervised the operation which took place in the past few hours.”

Foucher has boarded one of the French battleships that transported the warships accompanying them from the Toulon arsenal military base in southern France to Beirut, which arrived in the past few hours, according to the sources.

This gift didn’t come for free, it’s at the cost of letting go Amer Fakhouri as Iran freed US and French citizens last week at the same time France freed Iranian terrorists.

Justice is being monetized here at the expense of the victims.

How many Mercedes can one of those carry?

Thank you France. Down with the Iranians coronial regime.