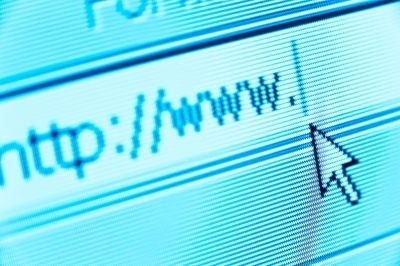 The global warehouse for Internet addresses ran empty on Thursday.

The non-profit Internet Corporation for Assigned Names and Numbers (ICANN) doled out its last five batches of "IP" numbers that identify destinations for digital traffic.

"A pool of more than four billion Internet addresses has been emptied this morning," ICANN chief Rod Beckstrom said at a Miami press conference.

"It is completely depleted. There are no more."

He brushed aside fears of modern life being devastated by an "IPocalypse," saying Regional Internet Registries (RIRs) worldwide will be doling out remaining addresses to support a shift to a bountiful new "IPv6" format.

"It is like running out of license plates," said Internet Architecture Board chairman Olaf Kolkman. "Driving on the road the next day would not change."

The touted solution to the problem is a switch to an "IPv6" format which allows trillions of Internet addresses, while the current IPv4 standard provides a meager four billion or so.

The effort and expense of changing to IPv6 would fall mostly on Internet service providers, websites and network operators that have to make sure systems can handle the new online addresses and properly route traffic.

"If an ISP (internet service provider) gets its act together, it shouldn't be a massive problem," Trefor Davies, chief operating officer of British ISP Timico, told Agence France Presse.

"We really should see this as an historic event," he continued. "The very nature of the Internet has changed with the transition."

Beckstrom expected the full switch to IPv6 to take years with potential overall costs in the billions of dollars, some of which could be factored into routine replacement of equipment.

Consumers, for the most part, should remain oblivious to the switch since complex IP numbers would still appear to them as words and domains, such as icann.org.

"My mother, my neighbor, my kids -- they should never notice," Kolkman said.

Some people might need to update routers or modems that connect computers to the Internet.

"All conditions are in place for a successful IPv6 transition," Beckstrom said. "The future of the Internet and the innovation it fosters lies within IPv6."

Registries could begin running out of IPv4 addresses as early as next year, according to U.S. computer scientist Vint Cerf, who is revered as one of the "fathers of the Internet."

"Today's ICANN announcement marks a major milestone in the history of the Internet," Cerf said. "IPv6, the next chapter, is now under way."

ICANN has been calling for a change to IPv6 for years but websites and Internet service providers have been clinging to the old standard since the birth of the Internet.

With about seven billion people on the planet, the IPv4 protocol doesn't allow for everyone to have a gadget with its own online address.

The situation has been equated to not having enough telephone numbers for everyone.

The number of addresses that IPv6 allows for, amounts to 340 "undecillion" (followed by 36 zeroes); enough for a trillion people to each be assigned trillions of IP numbers, according to Beckstrom.

IPv4 addresses were expected to run out first in Asia, where demand has been highest as people and businesses in emerging markets embrace online lifestyles.

Once RIRs run out of IPv4 addresses, they will turn to IPv6.

The formats have been likened to different languages, with translation needed for systems to handle both.

Computers and other gadgets that don't get the new format might have to start sharing instead of having unique identifying numbers.

"The Internet won't stop working; it will just slowly degrade," Google engineer Lorenzo Colitti said of not making the move to IPv6. "Things will get slower and flakier."

Google, Facebook and other major Internet players will add IPv6 addresses to their systems in a one-day trial run on June 8 to let all parties involved check for trouble spots.

"We need to kick the tires on it at a global scale and see if there are some unforeseen problems," Colitti said. "There is really a rallying cry element to it. No single player can do it alone; we need to work together."

Adoption of IPv6 is vital to preventing the Internet from becoming "Balkanized" with localized addressing frameworks, according to Internet Society chief technology officer Leslie Daigle.