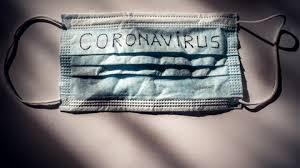 The leaders of EU institutions on Wednesday expressed solidarity with Spain as it struggles with an escalating coronavirus emergency.

"I want you to know that we are working tirelessly to help you -- you are not alone," European Commission chief Ursula von der Leyen said in a video message posted on her official Twitter account.

Charles Michel, the head of the European Council that coordinates between the leaders of the EU member states, said in a public letter to Spain that "Europe stands by your side in full solidarity, and we will spare no effort to help you".

European Parliament speaker David Sassoli joined in by tweeting to Spanish citizens that "the difficulties and problems you are experiencing are also ours".

Spain is the second-worst-hit country in the EU, after Italy, with more than 47,000 infected cases counted by authorities and some 3,400 deaths.

The country of 46 million -- the EU's fourth-biggest economy -- has been in lockdown since March 14 in a bid to slow the spread of the virus causing COVID-19.

Madrid has been seeking more supplies of protective gear for its health workers, 5,400 of whom have been infected, and has turned to the EU and NATO for help.

Nevertheless, von der Leyen promised that masks, gloves and protective gowns would be sent to Spanish hospitals within two weeks.