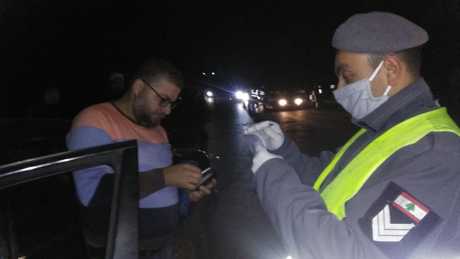 Lebanon on Friday started implementing beefed up “general mobilization” measures with the closure of all shops including supermarkets at 5:00 pm and a curfew that starts at 7:00 pm and ends at 5:00 am.

“It is true that the economic situation is difficult and the assets are tight, but we are in a war with an invisible enemy and the coming days are crucial,” Interior Minister Mohammed Fahmi tweeted as the stricter measures got underway.

“The goal is not to write the biggest number of fines; the goal is having zero fines,” he added.

“Out of keenness on you and your families, stay home,” Fahmi urged.

The army for its part issued a statement saying it would begin taking measures to “prevent movement on the streets between 7:00 pm and 5:00 am, in addition to monitoring the closure of institutions included in the closure order.”

“The Army Command calls on citizens to cooperate with the taken measures,” the military added.

The government had on Thursday extended the so-called state of general mobilization until April 12.

The government had first declared the state of general mobilization on March 15, asking citizens to stay home unless it is necessary, shuttering non-essential public and private institutions and closing the air, land and sea ports of entry.

Lebanon has so far confirmed 391 coronavirus cases among them seven deaths and 27 recoveries.