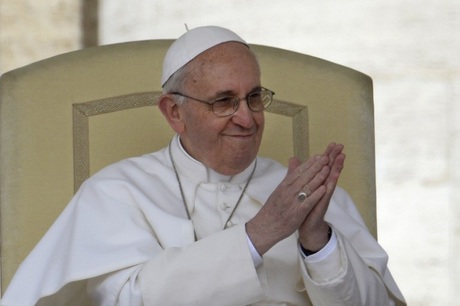 "I join all those who have accepted this appeal and invite everyone to follow it by ceasing all forms of hostility, promoting the creation of humanitarian aid corridors, being open to diplomacy, and paying attention to the most vulnerable," the pope said in a message delivered after holding prayers.

The attack came with the Saudi capital under curfew imposed to curb the spread of the novel coronavirus.

Pope Francis pointed out that Guterres' call on Monday came during "the current COVID-19 emergency, which knows no borders."

"The joint commitment against the pandemic can lead everyone to recognize our need to strengthen our fraternal ties as members of one human family," the pontiff said.

Saudi Arabia, the Yemeni government and the rebels all welcomed Guterres' appeal.