Franjieh Says Marada to Withdraw from Govt. if Appointments Unsatisfactory 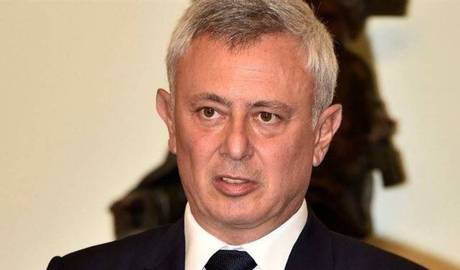 Marada Movement chief Suleiman Franjieh warned Tuesday that his movement will withdraw from the government if it does not get two posts in Thursday’s financial appointments.

“There will be six Christian posts in the appointments, which means that we are entitled to two,” Franjieh said in an interview with the Mustaqbal Web news portal.

“We have nominated candidates who enjoy competency and if two of our candidates don’t get chosen, we will leave the government,” he added.

“Had the government adopted a certain mechanism for appointments, we would have been the first to abide by it, but the picks will happen on the basis of favoritism and in this case we want two posts,” Franjieh went on to say.

Asked about reports that he had refused to hold a meeting with Free Patriotic Movement chief Jebran Bassil, the Marada leader said: “He has not requested one and I don’t have the intention to see him.”

To hell with Franjieh & his wicked movement. All their care about is political influence while the country & the world are suffering from a deadly scourge which needs utmost attention, far from politics.

This government is a big mess---will fall very soon unless they do something 'exceptional'--haven't addressed the economy, corruption, electricity, COVID-19 or anything else. They have proven to be if anything even more inept than previous governments.

A government of independents and experts indeed!

Perhaps Mr.Franjieh needs a translation and explanation of the words "independent" and "experts", because his threats bring me to think that he has no understanding whatsoever of these words.