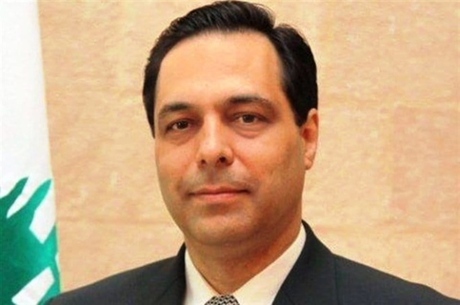 President Michel Aoun chaired a regular cabinet meeting at the Presidential Palace in Baabda on Thursday to tackle several items on the agenda, mainly the controversial senior banking sector appointments which was withdrawn by PM Hassan Diab at the launch of the meeting.

According to information, Diab scratched the item from the agenda as soon as the session began. He made a lengthy statement rejecting what he said was “the logic of distribution of political quotas” regarding the senior banking appointments.

Najm said in a tweet on Wednesday that battling the politicians appetite for quotas is "more difficult" than battling the novel coronavirus.

On Thursday, Franjieh warned that his movement will withdraw from the government if it does not get two posts in the financial appointments.

The Minister had said that the picks will happen on the basis of “favoritism and in this case we want two posts.”

Reports emerged that the Free Patriotic Movement led by former Minister Jebran Bassil, allegedly seeks to take advantage of the current coronavirus crisis to “smuggle the deal of appointments” and distance Marada.

Two major Christian parties, the Lebanese Forces and Kataeb party, are outside the government. The FPM “seeks to take advantage of their absence to pass the deal, which makes Franjieh the sole Christian party inside the government fighting on their behalf as Bassil seeks to undermine them," a source said on condition of anonymity.

What has diab and his circle of jesters done to date? this is what we expect them to do going forward too....