Nature Can Be Controlled: Malawi to Debate Public Farting Ban 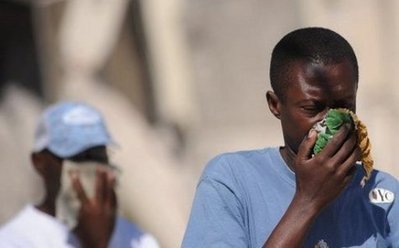 Malawian lawmakers will next week debate a law change to criminalize public farting, which a cabinet minister said had been encouraged by democracy.

"The government has a right to ensure public decency. We are entitled to introduce order in the country," justice and constitutional affairs minister George Chaponda told independent radio station Capital Radio.

"Would you like to see people farting in public anywhere?"

"It was not there during the time of dictatorship because people were afraid of the consequences. Now because of multipartism or freedom, people would like to fart anywhere, he said.

Chaponda, a key figure in President Bingu wa Mutharika's government, said that if Malawians cannot control their farting "they should go to the toilet instead of farting in public."

"Nature can be controlled... it becomes a nuisance if people fart anywhere."

A lawyer himself, Chaponda said that under the amended law farting will be considered a minor offense.

Chaponda's Democratic Progressive Party will bank on its majority to pass the amendment to a law which was first introduced in 1929.

The amendment, which will make farting in public an offence, is not yet public and it will be presented to parliament for debate as part of a review by the state-sponsored Law Commission of the country's penal code.

Nobody in Malawi has been arrested nor convicted for farting under the old law, as police did not enforce it.

The old law states: "Any person who voluntarily vitiates the atmosphere in any place so as to make it noxious to the health of persons in general dwelling or carrying on business in the neighborhood or passing along a public way, shall be guilty of a misdemeanor."

The southern African state is a conservative society with punishable previous bans on long hair for men and trouser-wearing for women.