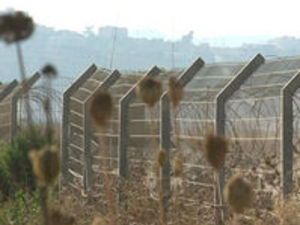 An Israeli unit comprising ten troops has crossed the technical fence near the settlement of Misgav Am off the town of Adaisseh in Marjayoun and combed the area, the National New Agency reported on Monday.

The troops inspected the road they had recently constructed before setting up a tent in the zone; other troops deployed in the vicinity but did not trespass the Blue Line, said NNA.

I wonder what they look for especially with visual inspections.