Hout: MEA's Continuity is our Priority 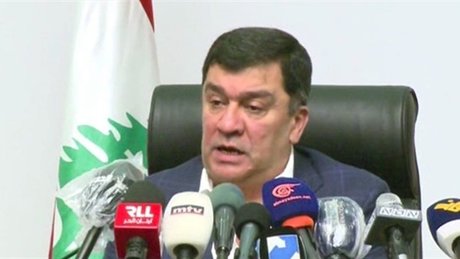 Chairman of the Middle East Airlines Mohammed Hout defended the airline’s position on Monday, amid allegations it is charging high costs for repatriating Lebanese in the midst of a coronavirus crisis.

“Our priority is the continuity of the company, we are unable to support the expatriates returning from abroad,” Hout said in a press conference.

The airline is accused of charging high costs as Lebanese nationals stranded abroad have to pay high prices to return home.

Passengers flew at their own expense. The price of flight tickets ranged between 750 and 3,900 dollars, which sparked sharp criticism of the Lebanese state and the Lebanese airline.

“It should be noted that flight tickets are priced at cost without any profit,” he explained.

Hout stated that MEA “is a commercial company operating in accordance with the provisions of the Trade Law and is not the property of the Lebanese state.”

“The company incurs a loss of about $35 million a month as the result of the airport’s closure. We were making losses before, but not as much as during the coronavirus crisis.”

“We are incapable of supporting the expats returning from abroad because our priority is the company’s continuity,” he stated.

The company’s approach adopted for over 20 years will not change as long as the Central Bank remains a shareholder in the company, added Hout.

The company is committed to ensuring the continuity of the employees' work “until we run out of cash. We have no plan to lay them off because they are the pillars of the company.”