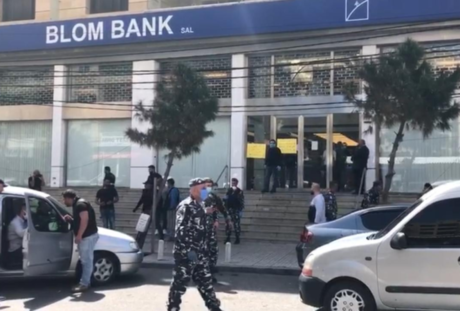 Lebanese citizen H.M. and a number of young men on Wednesday forced the closure of a bank branch in Tyre, the National News Agency said.

"In the Name of the Lebanese People, This Branch Has Been Closed until Further Notice" and "What was Taken by Force Can Only be Retaken by Force" read two banners that he placed on the bank's entrance.

"He held the bank's employees and their manager for over an hour because they failed to give him $15,000 for his mother's medical treatment as he said," NNA added.

"Security forces arrived on the scene and resolved the standoff," the agency said.

The man is right. The banks must oblige and return their customers savings.