Man Tries to Set Himself Alight in Marjayoun 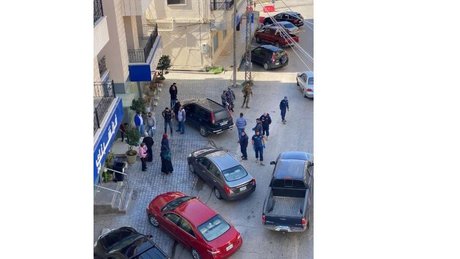 A man tried to set himself alight near one of the banks in the southern town of Jdeidet Marjayoun when the bank refused to let him withdraw money from his savings, media reports said on Thursday.

The man doused himself and the bank’s gate in fuel before the security forces intervened and tried to negotiate with him.

Which crooked bank was it?