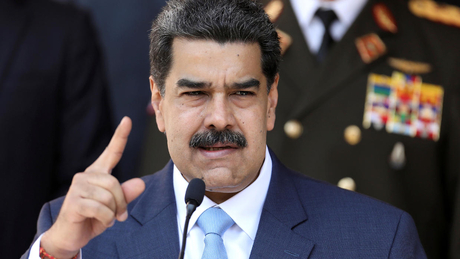 Two Americans were arrested in Venezuela on Monday for a failed "invasion" that the government has blamed on opposition leader Juan Guaido, President Nicolas Maduro said.

The two were members of the US security forces, Maduro told the Armed Forces high command, identifying them as Luke Denman, 34, and Airan Berry, 41, and showing their passports and other documents on state television channel VTV.

Earlier Monday, Venezuela's attorney general accused Guaido of working with a former US special forces soldier to contract mercenaries to lead an invasion that the Maduro regime claims to have thwarted.