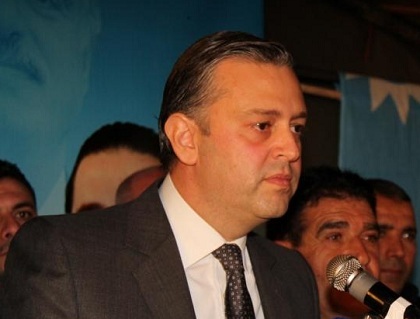 Judge Faisal Makki on Thursday ordered the preventive freeze of the assets of MP Hadi Hbeish of al-Mustaqbal bloc in connection with the lawsuit filed against him by the Lebanese state and Judge Ghada Aoun.

Hbeish is accused of insulting the judge and the Lebanese state during the altercation that happened at the magistrate's office several months ago.

A Beirut court said the assets freeze is aimed at guaranteeing that the state will be paid a fine estimated at LBP 550 million.

He’s probably a crook but so is fake independent judge Ghada AOUN. Imho she deserves to be hung, or drowned. Let’s deal with her during the revolution, and anyone guard protecting her deserves the same fate.