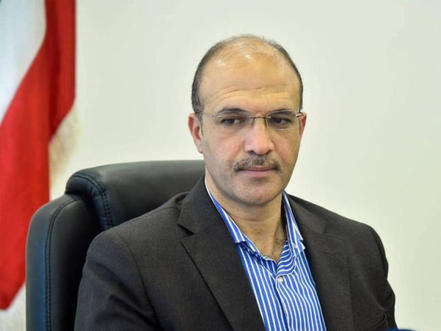 Health Minister Hamad Hasan on Friday described the major spike in Lebanon's coronavirus cases over the past 48 hours as "shocking" but he reassured that there is no virus "community spread" in the country.

"The numbers of corona infections over the past two days were shocking and they sounded the alarm," Hasan said.

"If we don't show a high level of responsibility, the issue of corona will certainly be disastrous," the minister warned.

He cautioned that crowdliness and mixing could lead to a quick spread of the infection "as happened with the Bangladeshi expat community."

Hasan, however, emphasized that Lebanon "will not surrender" and "will win the corona battle."

"We won't witness a second wave if we show awareness and responsibility," the minister added.

He also pointed out that the objective behind the so-called state of general mobilization is to "transit smoothly to normal life."

"So far, the PCR tests do not indicate the presence of community spread and therefore there is societal immunity," Hasan went on to say.

Lebanon confirmed 125 coronavirus cases over the past 48 hours, most of them in the towns of Majdal Anjar and Mazboud and in two buildings inhabited by foreign workers in Beirut's Ras al-Nabaa area.

Thirty out of 125 infected individuals are repatriated Lebanese expats.

Please, stop making a fool out of yourself, stop!