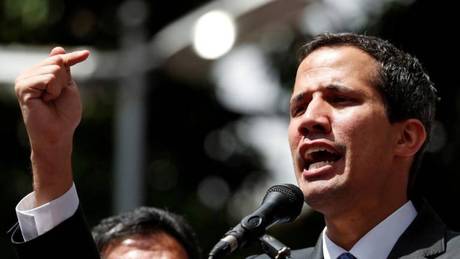 The court, made up of loyalists to President Nicolas Maduro, declared Parra's claim "valid," it said in a statement. Guaido has dismissed Parra as "an accomplice to dictatorship."

The National Assembly parliament is the only Venezuelan branch of government in opposition hands.

Parra, who broke with Guaido after being accused of corruption, was sworn in as parliamentary speaker in January in a move slammed by the opposition as a parliamentary coup.

Guaido, who held the position for the previous term, was barred from attending that vote by armed forces in dramatic and chaotic scenes.

When he was finally allowed into the chamber, Parra had left. Guaido also raised his hand and was sworn in for another term as leader of the assembly.

Crisis-hit Venezuela has been in political turmoil since 2019, when Guaido used his position as speaker to declare himself acting president in a direct challenge to the authority of President Nicolas Maduro.

Nearly 60 countries, including the United States, have recognized him as interim president.

However, true presidential authority rests with Maduro, who retains the support of the armed forces.

As well as two claimants to the presidency and parliament speaker, Venezuela has two parliaments.

The National Assembly has been effectively sidelined since 2017, when the Supreme Court declared it in contempt. The court has since annulled its every decision.

The Supreme Court, however, issued a transparent warning to Juan Guaido that any parallel parliament "is prohibited and has no legal effect."