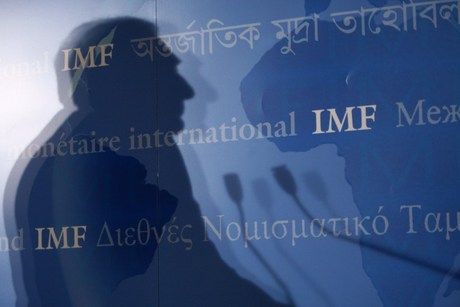 Finance Minister Ghazi Wazni led the talks on the Lebanese side and Central Bank Governor Riad Salameh and a central bank team took part in the discussions.

The talks tackled the issue of capital control and will be continued on Thursday, the Ministry added.

Free Patriotic Movement chief Jebran Bassil had recently announced that Speaker Nabih Berri had ended his opposition to the imposition of a capital control law.

Wazni has recently announced that Lebanon is ready to terminate a 23-year-old dollar peg and float the pound, but only after it secures billions in aid. He also said banking sector restructuring would entail halving the number of banks.

Wazni noted Lebanon was aiming to obtain around $9 billion from the IMF, on top of another $11 billion in grants and loans already pledged by international donors in 2018. He said it was in Lebanon's interest to reach an agreement with the IMF quickly.

Lebanon is one of the most indebted countries in the world, with a debt burden equivalent to 170 percent of its gross domestic product. It defaulted on a eurobond repayment for the first time ever in March.