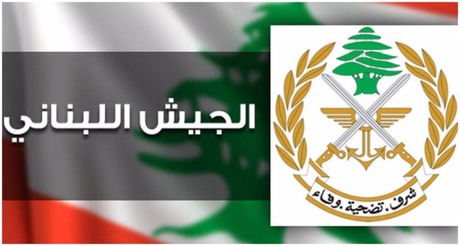 The Lebanese army arrested five Sudanese nationals on Saturday attempting to infiltrate into the occupied Palestinian territories from Lebanon, the Army Command-Orientation Directorate said on Saturday.

The army said it made the arrests on the night of May 29.

Three Sudanese were first arrested in the village of Khallet Warde off the town of Aita Al-Shaab.

The other two were later arrested in the town of Hula.

They were preparing to infiltrate the Palestinians territories, said the army statement.

occupied Palestinian lands? Like the suez peninsula? I thought lebanon bordered Israel Naharnet? Or are we back to Arabism again?

I’m pretty sure the Sudanese didn’t intend to go to Nablus or Ghana City.... they were heading towards Tel Aviv, Haifa or Ascalon.

I’m pretty sure the Sudanese didn’t intend to go to Nablus or Ghaza City.... they were heading towards Tel Aviv, Haifa or Ascalon.

This clearly shows the Army is committed to UN resolution 1701 and beating up ER doctors and arresting starving sudanese "infiltrators".

These armed terrorists were obviously on their way to liberate Jerusalem and that is why the Army just waved them through:)

Again the Lebanese army is corrupt ... not just weak. Because when you’re weak you still fight with whatever you have, but this army is complicit because the command is rotten corrupt.

God bless the lebanese army aka hezbollah for protecting us from the Sudanese border infiltrators.