Report: Diplomats Concerned over Situation in Lebanon after Saturday’s Clashes 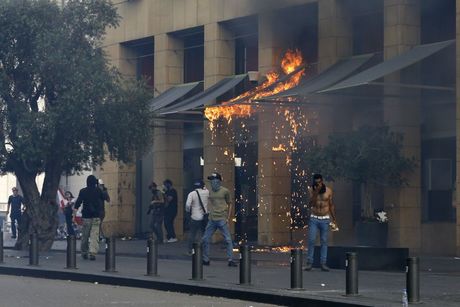 Arab and Western diplomatic missions in Lebanon expressed “concern” over the “sectarian” clashes that erupted on Saturday in Beirut, and issued calls for preserving “stability and calm,” al-Joumhouria daily reported on Tuesday.

The daily said European officials, mainly “French and international” political sources conveyed their “concern” to Lebanese authorities, urging the need to “preserve stability, reduce tension, and save no effort in addressing the economic and financial crisis.”

Moreover, the highest religious leader in al-Azhar in Egypt denounced the insults against one of the wives of Islam’s Prophet Muhammad, Aisha, in Lebanon on Saturday.

Al-Azhar said “religious symbols must be respected and sedition among Muslims must be buried,” praying to God to “protect Lebanon and unite its people.”

Moreover, Egyptian Ambassador to Lebanon, Yaser Alawi, visited ex-PM Saad Hariri and Grand Sunni Mufti of the Republic Sheikh Abdul Latif Deryan on Monday. He announced from Dar el-Fatwa that “stability in Lebanon is a red line, and facing sedition is the duty for all Lebanese to prevent.”

Riots and sectarian tension erupted Saturday in central Beirut and other areas, leaving dozens of people injured, including 25 soldiers.

The Lebanese military warned that the clashes had endangered national unity.

Shooting broke out in several areas around Lebanon late Saturday after videos circulated on social media showing some supporters of Hizbullah and Amal chanting sectarian insults.