'Blame Me' for Lack of Answers in Egypt Student Murder, Italy PM 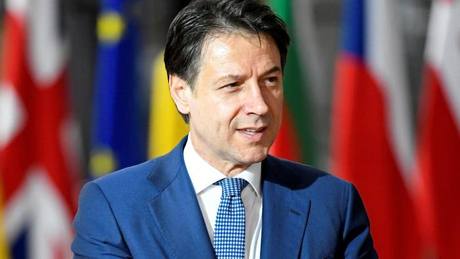 Prime Minister Giuseppe Conte has accepted the blame for a failure to extract answers from Egypt over the unresolved 2016 murder of an Italian student in Cairo, while defending a controversial frigate deal.

The $1.2 billion sale of two warships to Egypt this month drew sharp rebukes from the family of Giulio Regeni, a 28-year-old Cambridge University doctoral researcher who was murdered in Cairo in January 2016.

In the gruesome, still-unsolved case, Regeni's body was found bearing extensive signs of torture. The murder strained the traditionally close relations between Cairo and Rome, which accused Egypt of insufficient cooperation in the investigation.

"I told the Regeni family that if there's been an inability to get bigger results you can blame me directly," Conte told a parliamentary investigative commission late Thursday.

"I, too, have been concerned about Egypt's slowness in cooperating with Italy" on the case, he said.

But he indirectly defend the government's decision to sell the warships, built by Italian shipbuilder Fincantieri, saying keeping the channels open was the best way to expect cooperation from Egypt.

The frigates are part of a much larger potential weapons deal between the two countries that is estimated to be worth some $9 billion, which would be a boon to Italy's struggling economy post-coronavirus.

"Results in the search for the truth about the murder of Giulio Regeni will only be obtained with the intensification of the bilateral dialogue, not with its interruption," Conte said.

"At present, it is better to have a dialogue, however frank and at times frustrating, than the interruption of relations."

Conte said he had called on Egyptian President Abdel Fattah al-Sisi for "a tangible manifestation of will" and expected a response in the coming days.

Egyptian and Italian prosecutors are expected to meet on July 1 to discuss the case.

Regeni's body was found nine days after he had disappeared. His mother later said it had been so badly mutilated she only recognised her son by the "tip of his nose".

He had been researching Egyptian street vendor trade unions, a particularly sensitive political issue in Egypt.

Italian prosecutors in 2018 named five officials from the Egyptian security forces as suspects in his murder -- a theory rejected by Egypt.

Multiple theories put forward by the Egyptian authorities have been rejected by their Italian counterparts.