In Baabda, PSP Rejects Economic Unity with Syria and Some 'Eastern' States 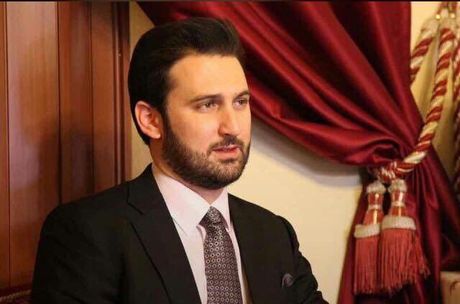 A memo was submitted Thursday to the Baabda dialogue meeting by the representative of the Progressive Socialist Party and the Democratic Gathering, MP Taymour Jumblat.

Jumblat left the meeting after delivering brief remarks and presenting the memo.

The memo rejects "reviving the 'unity of tracks' theory, this time from the gate of the economy."

"Lebanon cannot withstand the economy of two states," it says.

Noting that proposals for "developing economic ties with China are worthy of studying and follow-up," the memo welcomes "any serious Chinese suggestions to build a new power plant in Lebanon."

Commenting on Hizbullah chief Sayyed Hassan Nasrallah's call for "turning to the East" economically, the memo rejects "linking Lebanon to states and regimes that are outside the international system, some which are going in the opposite direction of the movement of history."

China is not in the east ya baik? Or since they are socialist its ok? As far as the world has experienced nothing good comes from China ya beik.
Now we have kids dictating future plans for lebanon and we expect change?

Lebanon besides it's banking system and some free enterprise zones and the politicians keep telling us we are a Free Market economy, is a somewhat Socialist state, with the government running a lot of major sectors of the economy and a populace dependent on the government. So for PSP, they love it. That's why they have opposed every privatization initiative to EDL, Telecom, etc...

The Chinese on the other hand a full communist regime.

If history serves me and my "limited" readings and understandings socialism is the bastard child of communism if you ask me.

China is indeed in the Far East. Wherever China is situated geographically, the Chinese are masters in infrastructure construction. If the Chinese are willing to massively help Lebanon, they are welcome but they will ask for something in return. No such help is free of charge.

L3 your correct nothing is freebin this world but a headache. The chineese have left a legacy of investments that have left the nation's the invested with huge debts that they cannot pay. China then asks for land right guarantees for their shipping lines basically the take over the port and its authority as they have done in many nations. China is not a gamble but a good deal for the Chinese and a bad one for the nation that is desperate that needs them. I havevyet to hear one sucesful story for any nation that has asked for china's help. Ps...see Venezuela another nation that dealt with china ...

Ask some African countries how handing over their infrastructure build up to the Chinese Communist Government is working out.

I said few days ago I would love to see them come into Lebanon and do work and watch and see between the communists and the Islamists (who completely rule now) fight over who controls what, and how that will end.