Traders, Butcheries Shut Down in South as Economic Crisis Soars 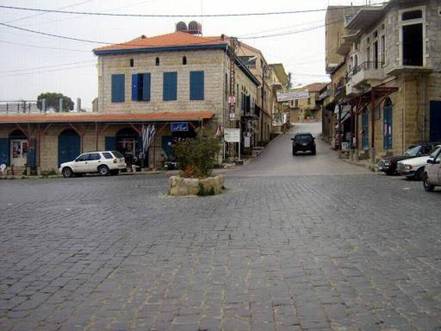 Lebanon's crippling economic crisis has immensely devalued the local currency and purchasing power, sending businesses, traders, small shops and even large institutions to a shutdown and pushing many into poverty.

On Friday, a number of traders, commercial shops and butcheries in the southern town of Marjayoun closed their shops “until further notice” due to the exorbitant price hikes and the constant rise in the exchange rate of the U.S. dollar to the Lebanese pound, LBCI TV reported.

Moreover, several private schools in Marjayoun and other Lebanese regions declared plans to shut down their institutions because many parents have been unable to pay due tuition fees.

Some school administrations are also in the process of laying off a number of professors and administrative employees.

Earlier in June, reports said that over 25 percent of the shops in Beirut alone closed in the past six months over the U.S. dollar shortage and drop in people's purchasing power.

Traders say that around 1,200 companies will soon go bankrupt and over 5,000 families will suffer from unemployment.

The crisis in Lebanon is plunging whole segments of society into poverty. The recent report about near-empty fridges in many households echoed atmospheres of "famine."

Earlier this year, Lebanon defaulted on its debt and, while the peg to the dollar remains unchanged, the pound has since nosedived on the black market.

In a country so heavily reliant on imports, the blow is huge and thousands of businesses were doomed even before the coronavirus lockdown shuttered the economy.

Prices have soared almost as fast as the currency has plummeted, meaning that a salary of one million pounds is now worth around $200, instead of almost $700 last year.

The crisis is sounding the death knell of a middle class that is sliding into the half of the population the World bank now estimates lives under the poverty line.

AFP photographers spent several days in June visiting people's homes in the main cities of Beirut, Tripoli, Byblos, Jounieh and Saida to ask them how they managed to put food on the table.

Those who accepted to be photographed posed in front of open refrigerators whose bare shelves often hinted at the leanest of diets.

With all of the Moslem oil producing countries -- Iran, KSA, Gulf countries, and the principle of charity, one would expect Lebanon to be receiving aid sufficient to prevent poverty. Hezbollah is responsible for getting this aid as they control parliament and the military.