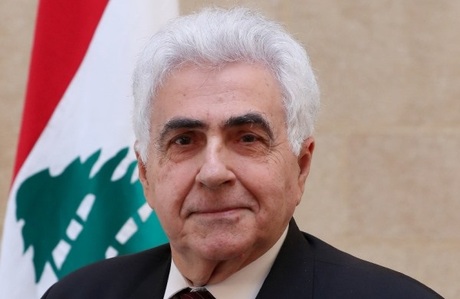 Foreign Minister Nassif Hitti on Sunday summoned U.S. Ambassador to Lebanon Dorothy Shea to a meeting that will be held at the Ministry at 3:00 pm Monday, the National News Agency said.

NNA said the meeting will tackle "her latest statements."

In remarks to LBCI TV, Hitti confirmed summoning Shea but denied revealing what he will tell her in the meeting.

LBCI had earlier reported that the Minister would tell the Ambassador that "according to the Vienna Convention, an ambassador does not have the right to interfere in the internal affairs of another country."

LBCI added -- before the Minister disavowed the remarks -- that Hitti would also tell Shea that "it is unacceptable for her remarks to contain incitement to the Lebanese against another part of the Lebanese who are taking part in the government."

The move comes after a judge in the southern city of Tyre issued a ruling banning local and foreign media working in the country from airing or publishing locally comments by the U.S. ambassador for a year.

Judge Mohammed Mazeh said he acted after receiving a complaint from a citizen who considered Shea's comments "insulting to the Lebanese people."

You don’t even need to know his name or political affiliation to know that’s he’s a crook just by lookin at his portrait.

Is the culture of Iranian domestics becoming the culture of Lebanon? Are we about to lose our right to enjoy a dram of 25 Year Old Single Malt, savor a nice Prosciutto di Parma on a Toasted Baguette or listen to Satchmo's "Very Best", B.B.'s "Live at the Regal", the Floyd's "Animals", Bowie's "Ziggy..." or even Gaga's "Born This Way", because doing so will offend the sensitivities of some neanderthal in Tyre or Baalbek?

When the Iranian Revolutionary Guard said "Iran now controls 4 Arab Capitals, Beirut being one of them" we did not see this pos or his evil predecessor utter a word.

Did you guys read about Fahmi the criminal admitting to the killing of two men in 1981 and being protected by Michel Khara Aoun?

If the ambassador‘s words were against another political faction than Hizbullah, none of this would have happened. Double standard politics with this lousy government.