Judge Vows to Resign if Grilled over U.S. Envoy Ruling 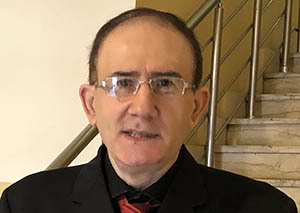 Judge Mohammed Mazeh, the urgent matters judge in the southern city of Tyre, on Sunday pledged that he would resign should he be questioned over his controversial ruling against the U.S. ambassador.

"Some news websites have reported that Mr. State Prosecutor Judge Ghassan Oueidat has referred me to judicial inspection over ineligibility. I have not been informed of anything in this regard," Mazeh said in a statement.

"Should the issue turn out to be true, and before being referred to inspection over a ruling I issued with a clear conscience and full conviction... I hereby submit a request to be relieved of my duties at the judiciary, which I will officially submit on Tuesday," Mazeh added.

State Prosecutor Oueidat later denied that he had referred Mazeh to judicial inspection.

Judicial sources meanwhile told al-Jadeed TV that "the Judicial Inspection Board has acted on its own in line with its jurisdiction," denying receiving any request from Oueidat.

Mazeh has sparked a storm of controversy after he issued a ruling banning local and foreign media working in the country from airing or publishing comments by U.S. Ambassador to Lebanon Dorothy Shea.

Please follow through with your pledge an resign. One less non-independent, idiotic, incompetent, ignorant, corrupt, subservient, judge is always good for any judicial system. The sanctity of the freedom of the press come before the sham divinity of the decomposing Faqih and his local domestics every time.

His ruling is obviously a joke. I mean seriously his name is Mazeh, which literally means "kidder"!

Good timing to retire simply because you went over your jurisdiction.
Otherwise you will fired for being an idiot for failing to ask Mouallem for insulting the Lebanese authority and people for telling us not to put UN soldiers to guard our leaking borders so that your people continue to smuggling US dollars ,Fuel and merchandise to Syria.