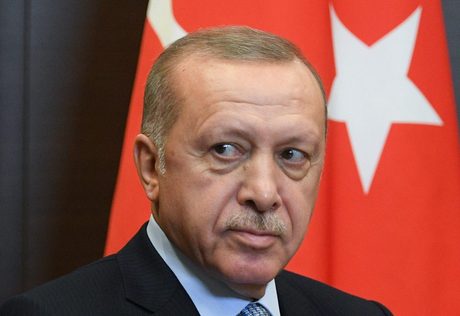 Turkish President Recep Tayyip Erdogan has ordered the closure of a university in Istanbul linked to a rival and former prime minister, according to a decree published Tuesday.

The private Istanbul Sehir University was established in 2008 by a foundation whose founders included ex-premier Ahmet Davutoglu but it became mired in controversy after he quit Erdogan's ruling party in September.

Davutoglu in December set up his Future Party which experts say seeks to peel away voters from Erdogan's Islamic-rooted Justice and Development Party (AKP).

The university first had its assets frozen late last year when an Istanbul court ruled against it in a dispute over payments with Halkbank.

Then control of the university, owned by the Foundation for Sciences and Arts (BISAV), was transferred to Marmara University in December before the state took control of BISAV itself in January by installing trustees.

A presidential decree signed by Erdogan on Monday but published overnight, said the "university's permission to conduct any activities has been withdrawn."

The university was once a beacon for conservatives, heralding what they believed was a new period where secular institutions would not dominate the modern Turkish republic.

Davutoglu was once close to Erdogan and served as foreign minister but the two men fell out over multiple issues and he was forced to resign as premier in May 2016.