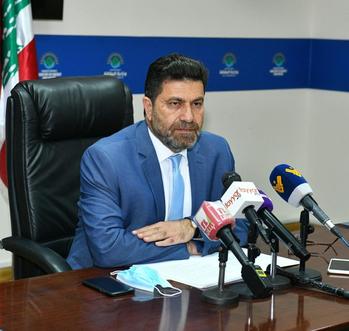 Energy Minister Raymond Ghajar said he launched bids to purchase 60,000 tons of diesel oil for the oil facilities in Tripoli and Zahrani through the Spot Cargo mechanism.

Ghajar stated at a press conference that the decision was taken after "two diesel tenders were held on 13/4/2020 and 18/5/2020 and only one bidder came forward.”

The Minister explained that the “Spot Cargo mechanism secures oil derivatives in a rapid manner because it opens the way for diesel oil shipments ready for delivery in a short time, and because their quantities are less than the quantities required in regular tenders.”

“Another vessel will arrive next week carrying the same quantities,” said the Minister.

Despite unconfirmed reports of a diesel shortage, Ghajar affirmed that sufficient quantities of diesel are available in the Lebanese market.