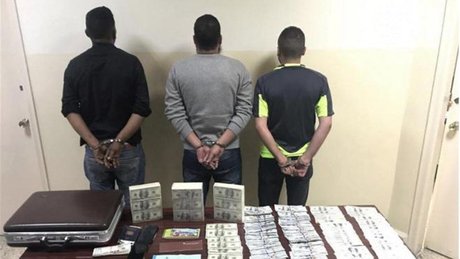 ISF said it arrested two suspects, a Syrian and Lebanese, on June 24 respectively in the Beirut neighborhoods of Tariq al-Jadideh and Qasqas.

Police confiscated $31,700 in counterfeit money and fake cheque books in their possession, added the statement.

The two admitted to distributing large amounts of fake dollars and Lebanese pounds, and to having a suitcase with fake notes hidden with another suspect, Syrian, residing in Beit Mery.

Police arrested the suspect in relation and found $9,900 and L.L.550,000 in his possession at his residence in Beit Mery.

The suspects were charged with possessing forged bank notes and police efforts are ongoing to find other members related to the gang.