Rampling in Talks with Najm: Independence of the Judiciary is Essential 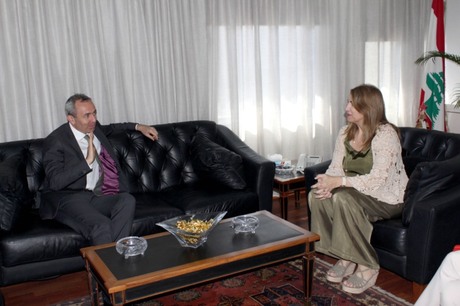 Justice Minister Marie-Claude Najm held talks on Thursday with UK Ambassador to Lebanon Chris Rampling in her office at the ministry, the National News Agency reported.

Rampling emphasized during his talks with the Minister on “the independence of the Lebanese judiciary, mainly in the current circumstances the country is passing through.”

Discussions also highlighted the existing cooperation between the Ministry of Justice and the British Embassy in Lebanon, said NNA.

Rampling confirmed the embassy’s support for the Ministry’s projects, especially those related to judicial reform and the status of Lebanese prisons.