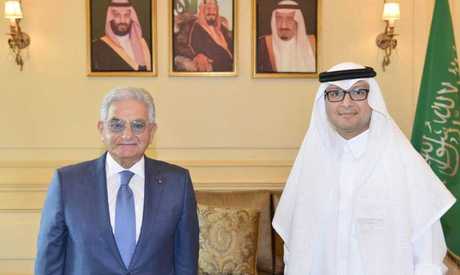 Association of Banks chief Salim Sfeir on Thursday announced that dollar transactions will soon be carried out “through banks” and not through money exchange shops or the black market.

Sfeir voiced his surprising remarks after meeting Saudi Ambassador to Lebanon Walid Bukhari at the latter’s residence in Yarze.

“We miss seeing Saudi brothers and Lebanon has not forgotten the kingdom’s generosity,” Sfeir said.

“Our main goal is the return of economic life to normal and dollars will be provided through banks with the help of the central bank,” Sfeir added.

He said he has visited the Saudi ambassador to “put him in the picture of the economic situation that Lebanon is going through and to stress that Lebanon cannot forget Saudi Arabia’s generosity.”

Referring to his participation in Cabinet’s session earlier in the day, Sfeir said the conferees “discussed means to control the exchange rate,” adding that “dollars will be provided through banks with help from the central bank.”

once could be mistaken that our politicians are young and dynamic... NOT

Embarrassing to imagine what the world would perceive our ageing billionaire politicians asking for more money to steal..

Sad.. as unlikely any of this money will ever get back to people who need it most

At least he knows whose ass to kiss to get money unlike our current kizb
'prime' minister who rails against anyone not named Syria or Iran, who as we know, can't help us with money.

Not saying this is right, but getting the dollars out of the hands of the sarafeen is a good step IMO---slows down the dollar drain into Syria and the current rampant speculation.

Good luck with that the corrupt government officials plus their own exchange shops will not let this happen.