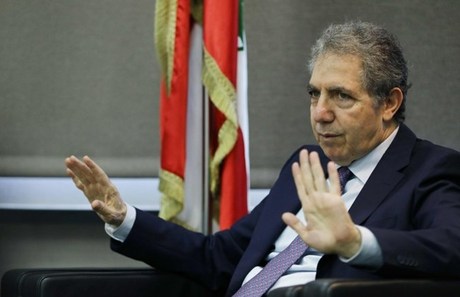 “The Fund has asked the negotiating Lebanese delegation to unify its numbers and speed up the execution of the needed reforms,” Wazni’s press office said in a statement.

Lebanese Forces leader Samir Geagea had recently announced that Lebanon’s talks with the IMF had “ended before they began.”

Lebanon is experiencing an unparalleled economic meltdown, rooted in years of mismanagement and excessive public spending. In recent weeks, the highly indebted country defaulted for the first time on its sovereign debt and began talks with the IMF for assistance while a liquidity crunch deepened.

Now, nearly two months into the negotiations, the talks have been deadlocked, mostly because of disputes between Lebanese political rivals over a rescue plan and calculating liabilities. Two officials in the Lebanese delegation resigned in the past few days in protest of the internal discord.

This guy is negotiating with himself and he still can't reach a deal...

Someone should tell the IMF about this LOL

This guy is telling an untruth---talks have been suspended until reforms start happening and they agree on the numbers. Of course, this the guy that said that the ministry would not get an audit because the political forces behind him wouldn't allow it, iow Amal.

Another worthless so called minister....