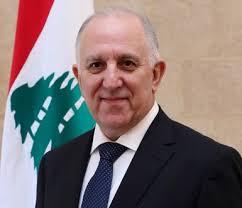 Interior Minister Mohammed Fahmi stressed the government’s determination to face the campaigns against it, assuring that PM Hassan Diab's cabinet is “staying until further notice,” al-Joumhouria daily reported on Monday.

Reports on a close change in the government of Diab subsided over the weekend.

“There is no change in the government. Everyone must accept the fact that the government is staying until further notice regardless of political sentiments of some,” said Fahmi in remarks to the daily.

The Minister said that sone "obstacles sometimes delay the results intended, including the verbal attacks against PM Diab from several sides inside and outside Lebanon," he stated, stressing “determination to confront the difficulties no matter how fierce the campaigns are.”

“Diab is personally following the files that concern the people, mainly at the monetary and financial levels,” he concluded, adding that “ministerial work will be activated to cope with the challenges at this critical stage.”

Several Lebanese politicians have called for a governmental change as the economic and monetary crisis deepens in the country.

Stying till Kizb tells them to leave. Lubnanistan is working well for the terror regime good coverage for its drug, money laundering and not to forget fighting Israel in Syria lol.