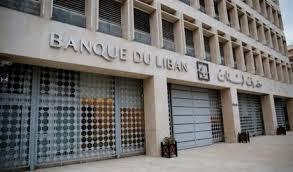 Member of Parliament Nicolas Nahhas said on Monday that a capital control draft bill is ready to be sent to the Finance and Budget parliamentary committee after introducing some changes based on suggestions by the International Monetary Fund.

In remarks to the Voice of Lebanon radio station, the MP said: “The new text of the capital control law proposal is ready after adding some ideas and taking into account the comments of the International Monetary Fund.  The draft law will be submitted soon to the Finance and Budget Committee."

On the size of losses in the banking system, Nahhas said: “It is too late to unify the figures resulting from more than five files that have different approaches,” pointing out that the government is not giving the significance needed to address this file.

Nahas stressed that "the consensus is essential and very necessary at this stage between the government, the Ministry of Finance, the Central Bank, and the Association of Banks, for all of them to establish a road map for a solution."

Lebanon had faced a political crisis, a currency meltdown and de facto capital controls in the months before the coronavirus pandemic forced a nationwide lockdown.