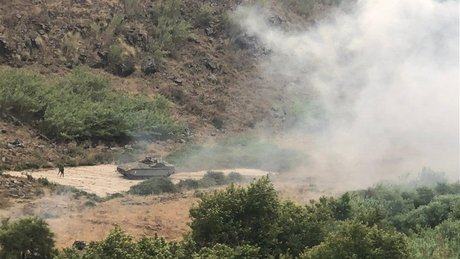 An Israeli infantry patrol and two Merkava tanks crossed the technical fence with Lebanon off al-Wazzani parks on Tuesday maneuvering behind a smoke screen in the process, the National News Agency reported on Tuesday.

The forces also advanced to the riverbed and conducted search operations without violating the Blue Line, added NNA.

The Blue Line marks Israel’s withdrawal from south Lebanon in May 2000 after 22 years of occupation.

So once again a whole news report about Israel operating in its own territory.