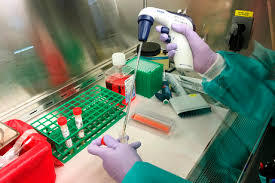 Lebanon on Wednesday confirmed 39 new COVID-19 cases, which is a significant one-day surge for the small country.

In its daily statement, the Health Ministry said 24 of the cases were recorded among residents and 15 among Lebanese expats who returned to Lebanon in recent days.

Fifteen of the local cases have been traced to known sources.