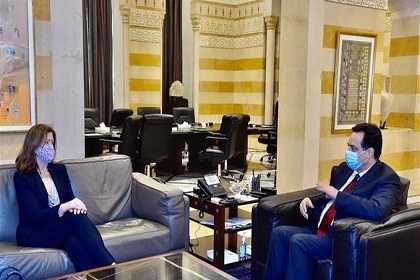 Shea left without making a statement but media reports said the meeting was lengthy and that Diab asked the ambassador to continue the talks over a lunch banquet.

LBCI TV said the talks tackled the latest tensions over the U.S. envoy’s statements, the issue of border demarcation with Israel and Washington’s Caesar Act against the Syrian regime and its financiers.