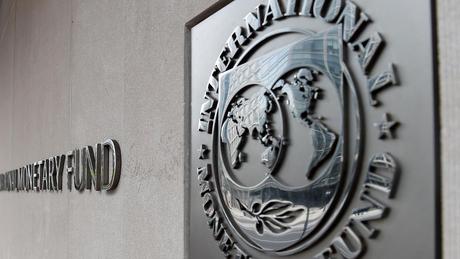 Lebanon resumed negotiations with the International Monetary Fund in “unfavorable” atmospheres for the international lender, al-Joumhouria daily reported on Saturday.

Sources following up on the negotiations told the daily on condition of anonymity that Lebanon's “approach” will not speed up an agreement on a support program from the fund. They said negotiations “could take years, instead of months if leaders remain reluctant to enact reforms.”

But they added the “international lender refuses to waste time and therefore will not wait for long. The Lebanese side faces its last chance and should submit unified numbers of losses and adopt a scientific and accurate approach in everything proposed, otherwise the fund will have no choice but to suspend negotiations,” added the source.

Talks are deadlocked with the IMF as Lebanese leaders seem reluctant to enact reforms.

As Lebanon seeks help from the IMF, arguments are mounting over the scale of total financial losses for the state, central bank and commercial banks.

Lebanon is like a woman who used to get by due to her good looks in her younger days. A lot of guys around her willing to help and pay for her extravagant lifestyle. Unfortunately age has caught up with her, and she haven`t always behaved nice either. She has squandered all her money, and there are no more free lunches. So ultimately she turns up at the bank in hope that they will bail her out. The people at the bank are no fools, however, they have heard about her past. Anyway, they might be able to help her get along if she does some profound changes. She finds it hard to give up her prestigious and luxurious habits, so she starts wondering about those Iranian and Chinese men who supposedly like older poor women.

CEDRE won't even talk to them any more until reforms are in place. They got sick of the stalling a long time ago and told Diab and company not to waste their time.

I Can't believe the IMF is still seriously thinking about discussions and that reforms will be forthcoming. Must be that daft. Shut this down. They have told you indirectly NO REFORMS. They just want the money.

Any donor conference that gives a single is penny should be locked up for incompetence.

The billion$ the wealthy crony capitalist ruling class stole from the people need to come back to Lebanon and distributed to the persons below the poverty line.

Where is the Zionist SOS with his 9 dislike votes???

How about the billions being smuggled to Syria daily at Lebanon‘s expense by HA? Why start with those and distribute them to poor Lebanese instead??

The IMF will not give out a penny without true reforms and it's own complete oversight over how the money is spent. The ruling family will never agree to either these preconditions. The lack of oversight is how penniless members of the ruling family, in a few short years, became millionaire$ and reform is only something they call themselves but never will carry out.

CEDRE committed $11b in aid to Lebanon in 2018, provided Lebanon implement budgetary reforms. The $11b is still available but Lebanon hasn't implemented the reforms it committed to. The ball is in Lebanon's court for the CEDRE aid.