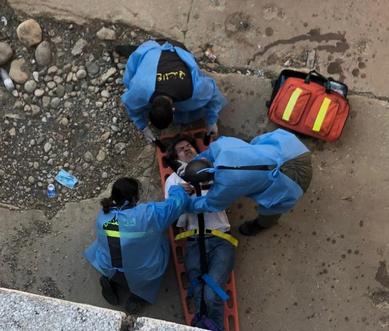 A man attempted to commit suicide on Tuesday by jumping from a bridge in Bourj Hammoud neighborhood in an apparent link to the country’s deepening economic downturn.

The man jumped from the bridge but was lucky to survive, said the National News Agency quoting the Civil Defense team who rescued the man.

Investigation was opened into the incident, said NNA.

Suicides increased in Lebanon apparently linked to the crumbling economy amid a wave of criticism over the government's mishandling of the crisis.

Earlier this month, a 61-year-old man from the eastern region of Hermel shot himself on the sidewalk of a bustling Beirut shopping street in broad daylight, leaving a note and his clean criminal record at the scene.

The Lebanese pound, officially pegged at 1,507 pounds to the greenback, reached more than 9,000 to the dollar last week on the black market in a dizzying devaluation.