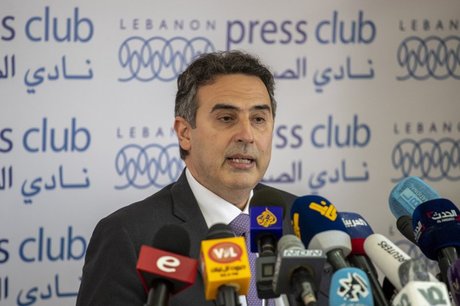 After his resignation, Bifani told FT that Lebanese bankers have smuggled what amounts to $6 billion outside Lebanon since the October 17 uprising.

He also accused the banking elite of trying to “benefit from the system” without taking any loss which brought the Lebanese today to “pay a terrible price.”

Bifani, who is part of a government team holding bailout negotiations with the International Monetary Fund, resigned late in June over the mishandling of the country's economic crisis.

He is the second member of the government's negotiating team with the IMF to quit over the handling of the crisis by Lebanese officials.

The Cabinet was due to look into his resignation during a meeting held at Baabda on Tuesday and chaired by President Michel Aoun.

Bifani explained to the ministers during the Cabinet meeting, which he was invited to, the reasons that made him resign.

The Cabinet postponed the decision on Bifani's resignation.

MTV quoted Bifani's remarks to ministers and that he blamed the political parties for "not defending me nor defending the government's reform plan."

The truth hurts for the politicians and the banking elite, but lucky for them they always have the judicial system as a nice little tool...

They want Independent Judiciary they say. What on earth does the judiciary have to summon someone who just resigned a government appointed political post. Did he steal, engage with he enemy, embezzled funds?