Indian State of Bihar to Go into Lockdown 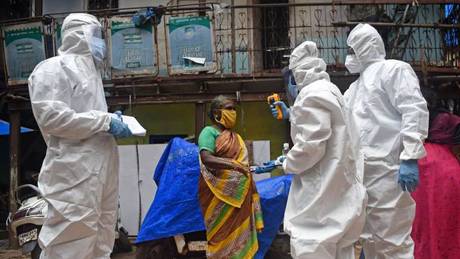 The northern Indian state of Bihar, which has a population around 125 million people, will go into a 15-day lockdown to combat coronavirus, its deputy chief minister said Tuesday.

"Bihar government has decided on a 15-day lockdown from July 16 to July 31. All city municipalities, district headquarters, block headquarters will stay under lockdown. The guidelines are being finalised," Sushil Kumar Modi tweeted.

The announcement came a few hours before the southern city and IT hub Bangalore was due to go into a week-long lockdown. Other states and cities have also imposed restrictions as India's caseload nears one million.

On Tuesday Bihar recorded a record 1,432 cases, the third consecutive day with more than 1,000 new infections, taking the impoverished state's total to almost 19,000 with 134 deaths according to the local health authorities.

"There is no medicine or vaccine for corona. We have to ensure that we cover our faces with masks, handkerchiefs or towels," the deputy chief minister said.

After imposing one of the world's strictest lockdowns in late March, India has been steadily easing rules to lessen the huge economic impact, particularly on hundreds of millions of poor Indians who lost their jobs.

But infections have continued to soar, passing 900,000 on Monday with almost 24,000 deaths, according to health ministry figures that many experts say underplay the severity of the situation.