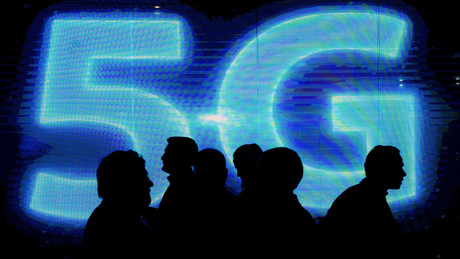 Network equipment providers Ericsson and Nokia, Huawei's biggest competitors, said Tuesday they were ready to step in after the UK announced it was phasing out the Chinese telecoms giant from its budding 5G network.

"We have the capacity and expertise to replace all of the Huawei equipment in the UK's networks at scale and speed," Nokia CEO for the UK and Ireland Cormac Whelan said in a statement to AFP.

Ericsson echoed that stance in a separate statement.

"We stand ready to work with the UK operators to meet their timetable, with no disruption to customers," said Arun Bansal, President of Europe and Latin America at Ericsson.

Both companies stressed that they were already established in the UK and experienced in building 5G networks.

The UK's digital minister Oliver Dowden announced Tuesday that "from the end of this year, telecoms providers must not buy any 5G equipment from Huawei".

Dowden added that all existing Huawei gear should be stripped out "by 2027".

As two of the main competitors to Huawei, the companies have been benefiting from a US push to have countries avoid Huawei.

The U.S. government has claimed that Huawei -- founded by former Chinese army engineer Ren Zhengfei -- is a security risk and has urged allies to shun its equipment over fears it could serve as a Trojan horse for Chinese intelligence services.

Huawei, who is the sector leader in terms of market share, has always denied links to the Chinese government.

Dowden said the process of finding new entrants would start with South Korea's Samsung and NEC of Japan, while Nokia and Ericsson would be protected as existing players.