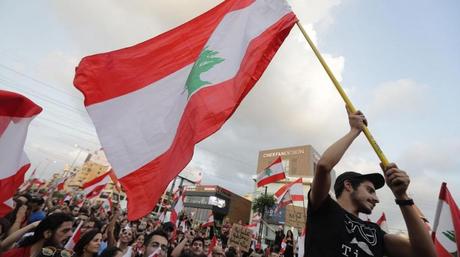 The Gulf’s stance towards Lebanon’s economic crisis is “not clear yet” after recent meetings held by General Security chief Abbas Ibrahim in Kuwait and Qatar, but it was reportedly affirmed that none of the Gulf countries plan to deposit funds at Lebanese banks, al-Akhbar daily reported on Wednesday.

Political sources who spoke on condition of anonymity told the daily that Qatari officials had clear words with Lebanese officials regarding direct financial aid, frankly pointing out "there will be no Gulf deposits in Lebanese banks.”

But they expressed willingness to “provide a gift to Beirut Governmental Hospital, and purchase agricultural crops, participating in the government program for the poor families,” said the sources.

Kuwait had no different position than Qatar, according to the sources. “The sole step taken by Kuwait towards Lebanon was by encouraging its citizens to visit Lebanon after the opening of the airports,” hinting that “no one would take an initiative towards Lebanon before Saudi Arabia does.”

“The high expectations set by some are unrealistic, because the US administration's decision is clear to place Lebanon in near isolation, and no country will go to break this decision,” the sources told al-Akhbar.

Ibrahim had spoken with Qatari and Kuwaiti authorities last week on joint cooperation between Lebanon, Kuwait and Qatar and the capabilities that would ease the Lebanese crisis, starting with fuel derivatives, deposit of funds, tourism and commercial exchange.

They said a Qatari delegation could visit Lebanon soon.

“The high expectations set by some are unrealistic, because the US administration's decision is clear to place Lebanon in near isolation, and no country will go to break this decision,” the sources told al-Akhbar.

What a credible news source. shm. The leaders have been exposed---no country or entity will invest in Lebanon without reforms because they know that any funds they send will be stolen by the government. They are happy to help in other ways which won't end up in the same government's hands.

Apparently you live in a fantasy world where everyone do what USA wants! Lol... Wake up man

More like you need to understand how pressure works. It works just like war, you always leave an escape route for the enemy and some breathing room.
This is what all those contacts are about, simply deflating some pressure to avoid an immediate imminent explosion more no less. Capiche?