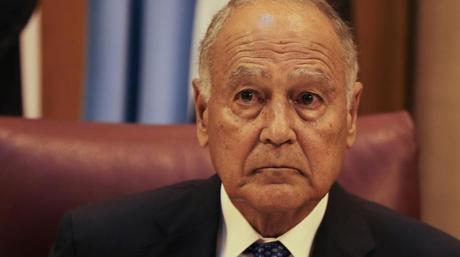 Arab League secretary general Ahmed Aboul Gheit warned on Thursday in an interview with the Middle East News Agency that “the situation in Lebanon is very dangerous,” and criticized the response of the political class to the crippling economic crisis in the country.

“The situation in Lebanon is very dangerous and goes beyond being merely an economic crisis or inflation,” said Aboul Gheit.

“The crisis has serious social and political repercussions, and it can unfortunately slip into something more dangerous,” he added, expressing fear that “civil peace in the country will be threatened by the tremendous economic and social pressures the Lebanese people are subjected to.”

“I feel the suffering of Lebanese who suddenly found themselves, for reasons they could not control, without income and sliding below the line of poverty. Half the Lebanese population live under the line of poverty today which is a very disturbing situation in a country that has a special composition that we all know,” said About Gheit.

He voiced calls on Lebanon’s political class to “sense the unprecedented suffering of their people, because, so far, the reaction of the political class to the crisis does not reflect a sense of national responsibility or a sufficient awareness of the gravity of the situation facing the country. Unfortunately, narrow interests prevail over the interests of the country, which deepens the crisis,” he stated.

The senior official called on donor countries not to abandon Lebanon during these difficult times, “there must be a solution to salvage the economic situation because its repercussions will have an impact inside Lebanon and abroad.”