Health Committee Head Says Country Reopening Not Based on Science 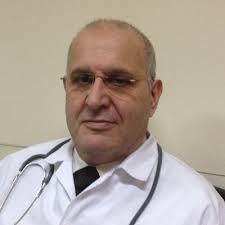 MP Assem Araji, the head of the Parliamentary Health Committee, noted Saturday that the government’s decision to end the initial coronavirus lockdown was not based on a scientific vision.

“The way the country was reopened was not at all based on scientific considerations, and I learned that the government took the decision for economic motives,” Araji told al-Jadeed TV.

“We cannot eradicate coronavirus in this manner and I had called for a full two-week lockdown of the country,” the lawmaker, who is also a physician, added.

The government has ordered a closure of high-risk sectors until August 10 in addition to a general lockdown from July 30 to August 3 and from August 6 to August 10 in a bid to rein in a resurgence of the pandemic in the country.

The country had gradually lifted lockdown measures and opened Beirut airport to commercial flights at the start of July, after a closure of more than three months.

Over the past three weeks, the daily infection rate has risen, with dozens of new cases announced each day.

At the height of summer, some beaches and bars were again thronging with people.

The country recorded 224 virus cases on Friday, its highest daily tally since the first case was detected on February 21.

Dear MP and MD walak it was either we die of COVID-19 or we die of hunger!
People chose Coronavirus...