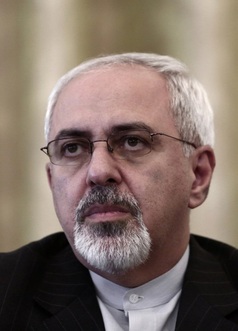 Iran's top diplomat expressed Tehran's support for the "resilient" people of Lebanon after Beirut was rocked by devastating explosions on Tuesday.

"Our thoughts and prayers are with the great and resilient people of Lebanon," Mohammad Javad Zarif tweeted.

"As always, Iran is fully prepared to render assistance in any way necessary," he said.

At least 50 people were killed and 2,750 injured, according to "preliminary estimates" announced by Lebanese Health Minister Hamad Hassan.

The explosions hit Beirut's port, flattening buildings in the vicinity and sending out shockwaves for kilometers.

The cause was not immediately known.

My conspiracy theory on the explosion in Beirut goes something like this. Someone planned and caused the explosion but it was much bigger than expected. Now other countries, which had not been willing to help Lebanon financially, will feel obligated to sends hundreds of millions of dollars, maybe billions, to help with the "recovery". Thousands of contracts will be given to people in the various political parties. Tens of thousands of Lebanese will get jobs to help with the rebuilding of Beirut and the port. The rich will get richer. Tens of millions of dollars will go into the pockets of politicians. (The alternative would be to hand infrastructure over to various countries. China would rebuild and control the port. Russia would rebuild roads and the electrical grid, including the power plants, to be repaid from tolls and power generation, Iran would send doctors and rebuild hospitals and medical centers,etc.) If you can't get rid of corruption, just blow up Beirut.

If you want to help Lebanon, now is the time to disarm Hezbollah and rid the country of this cancer.

If Hezbollah does not surrender it’s weapons by the end of the week, the Lebanese people will take action and go on a witch-hunt until Hassan Nasrallah hangs for his crimes of treason and mass massacre !

Let’s avoid bloodshed and disarm your army of death !

We will no longer pay for your crimes!

Go kill yourself you filthy terrorist. Isn't this the doctrine you follow...chaos and war which means you're all celebrating in teheran and dahyie today. scum of the earth. YOU are the one group and country responsible for 80% of Lebanon's problems you PIG.

We don't want these filthy rats anywhere near us.

Oh but iran has always been lebanons friend look at all the wonderful things they have brought us? Death and pestilence for example tfeeh 3alaik ya inn alf 7aram wa zina.

The Zionist Washington Institute and the Zionist propaganda comments is forbidden by Lebanese Law. We Lebanese are only interested in ending your criminal existence

Dumb ass read who found and run the Washington institute. If you are a Zionist then it is a Lebanese crime to communicate with you

lol what a joke you are 'bignothing'

Hey Zionist, In Lebanon you are legally a criminal so why don’t you come to Lebanon and see what happens

You're neanderthal who only knows how to solve issues with a black t-shirt and motorcycle with a cave man club in his hands...what a waste of oxygen you are.

There is the excellent proverb in English to describe "bigjohn". "He will cut off his own nose to preserve his face", and unfortunately the Lebanese Government is taking the same attitute.
Surely receiving humanitarian and medical aid at such times must come first and foremost in every sane persons' mind.