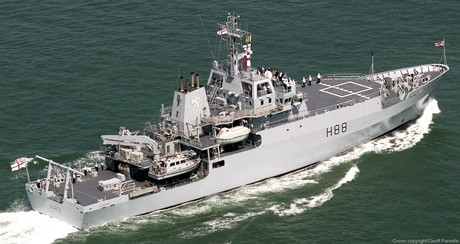 Defence Secretary Ben Wallace has authorised the deployment of HMS Enterprise in support of the Lebanese government at this tragic time, the British embassy announced in a statement on Thursday.

The Armed Forces will continue to work with the Lebanese government to help the people of Beirut recover. A small team of experts will deploy to the British Embassy in Beirut to help coordinate the UK response ahead of HMS Enterprise's deployment and a further package of support.

I wonder, why the Lebanese politicians ( most of them Billionaires) did not donate anything to rebuild the port area, after all, their wealth was obtained through corruption.

God save The Queen. Thank you.

HMS Enterprise is a multi-role survey vessel - hydrographic oceanographic (SVHO) of the Royal Navy. It will probabbly be used to make an underwater survey of the port to estimate the dangers to navigation.