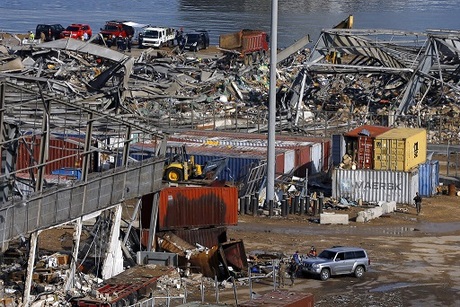 Cabinet on Monday referred the case of the catastrophic blast that devastated swathes of Beirut and killed at least 158 people to the Judicial Council -- the country’s highest court that deals with national security cases.

The National News Agency said the move came at the request of President Michel Aoun.

“He informed Prime Minister Hassan Diab of the issue during their phone talks in the morning,” NNA added.

The country's top officials have promised a swift and thorough investigation -- but they have stopped short of agreeing to an independent probe led by foreign experts.