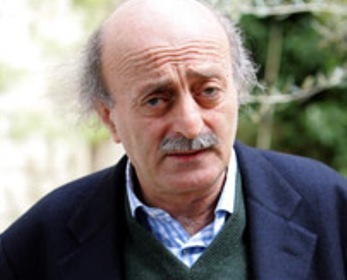 Progressive Socialist Party leader Walid Jumblat on Tuesday called for forming an “emergency government” and noted that he does not have a favorite candidate for the PM post at the moment.

“Things require the formation of a government, call it what you want, that would first address the economic situation and Beirut’s reconstruction, and before anything else, reform,” Jumblat said after meeting Speaker Nabih Berri in Ain el-Tineh.

Asked about outgoing PM Hassan Diab, Jumblat answered: “He burned Beirut and he’s the one who toppled himself.”

“I spoke extensively with Speaker Berri and, as usual, I will coordinate with him in every step. Today full coordination is needed but the current time is not for nominations,” Jumblat added.

“I spoke yesterday with French President Emmanuel Macron and I had the same answer: an emergency government is necessary to pull the country out of crises,” the PSP leader said.

The root cause of the mess and the corruption is offering solutions. Shut the hell up!!! Who are you to even discuss the matter you are finished no more war lords that call themselves politicians...

lol @ 'I spoke extensively with Speaker Berri and, as usual'

Asked about outgoing PM Hassan Diab, Jumblat answered: “He burned Beirut and he’s the one who toppled himself.”
.
who burn beirute was France...

France support the ataques of Jumbalah to the President of Lebanon...Macron...assisting in silence in France the burning of the oldest catholic churchs...imagine what are the plans of the islamic france to Lebanon...

Macron are conspirating in Lebanon against the Cristhian President of Lebanon !!!??? Macron...

"I spoke with Mr straBerry"....here we go again. Warlords working their magic again. Lebanon corrupt, stale, hijacked by hizbiz and amal; version 16 or is that 17?

The demand should be anyone who has been in government in that past 15-20 years should not be allowed back in.

Berri is the only one who want an electoral law based on Lebanon as a single district. I wonder why.

I bet you more than 100 MP will reject the concept on one man one vote, as that will obliterate them from the political scence as they will not be able to work out lists and align with others. For god's sake even the Kingdom of Jordan has a one man one vote.