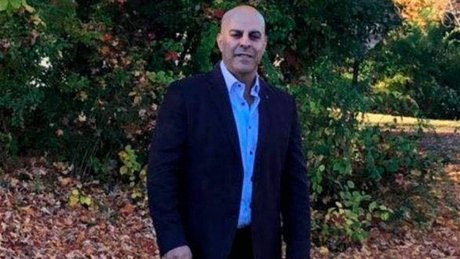 Amer Fakhoury, an ex-member of the pro-Israel South Lebanon Army militia who was jailed for several months in Lebanon, passed away on Monday at his residence in the United States following a battle with cancer, Lebanese media reports said.

The release of Lebanese-American citizen Fakhoury in March and his eventual travel to the U.S. in mysterious circumstances had sparked controversy in Lebanon.

Fakhoury went into exile more than two decades ago before returning to Lebanon in September 2019, when he was arrested.

The 57-year-old was released in March over a statute of limitations on his alleged crimes, a judicial source said, though put under a travel ban.

Hizbullah chief Sayyed Hassan Nasrallah had slammed Fakhoury's departure to the U.S. as an "escape" organized by the U.S. embassy and a "flagrant violation of (Lebanese) sovereignty and justice."

Witnesses accuse Fakhoury of ordering or taking part in beatings of thousands of inmates at the notorious Khiyam Prison, but David Schenker, the top U.S. diplomat for the Middle East, disputed accounts of Fakhoury's involvement, saying his name did not come up in previous prosecutions of SLA members and charging that some in Lebanon wanted to use the U.S. citizen's detention as a bargaining chip.

The military court judge who released him is shia and appointed by hezbollah. So, stfu!

Head of Lebanon’s Military Tribunal Brigadier General Hussein Abdullah announced on Friday he was resigning from his post, few days after acquitting Israeli collaborator Amer Fakhoury and a day after US airlifted the notorious collaborator outside Lebanon in a step that considered violation of the Lebanese sovereignty.

“Out of respect for my oath and the honorary military, I am resigning from the presidency of the military court in which the application of the law equals the escape of a client, the pain of captives and the treason of a judge,” Abdullah said on Friday.

He was referring to his decision to drop charges against Fakhoury including murder and torture when he was a commander in the so-called South Lebanon Army (SLA) – a proxy militia backed by Israeli occupation during the 1982-2000 occupation of Lebanon.

as to you tinyjohn, you may have heard of tajeddine, the hezbollah financier who was released by the U.S in exchange for Fakhoury. It is called a deal, stupid.

Lying is the basis of their shia culture. If nassrallah tells him 'Hussein' is a Christian name, Mystic will believe him.

He’s not a martyr, he slaughtered his own people and finally got what he deserved.
Aoun will hopefully die this year too. The entire nation is praying for this.

The hero of half of Naharnet has finally gone to Hell.

And you deserve to be named SNAKE, may you be with him soon with all the honors